The ability to pay for expensive items bought online through EMIs (equivalent monthly installments) made available by credit and debit cards has made it significantly easier to budget for such expenditures. Customers have the option of converting their expenditures into EMIs while they are making a purchase, and this can be done either on the e-commerce portal itself through a rapid EMI conversion or by turning the transaction amount into an EMI after the transaction has been completed.

According to the chief executive officer of Bankbazaar, Adhil Shetty, “the annualized rate of interest is carried by the merchant, and this implies an additional discount for the customer.”

According to Shetty, the transaction is completed using the debit card that has been associated with the web portal. The monthly EMI is deducted from the savings account that is connected to the debit card on a monthly basis. However, not all transactions can be converted into EMIs in the same way.

When making the same purchase on EMI with a credit card, however, you have two options: the first is to make the purchase straight on EMI, just as you would with a debit card; the second is to pay the total amount up front and then convert it into EMIs after the transaction has been completed.

Users are expected to reach out to the card issuer with a request to convert the outstanding amount into an EMI in the event that the latter scenario applies. According to Shetty, the credit limit is decreased by an amount that is equivalent to the full transaction amount turned into EMIs, and the interest rates are established by the card issuer depending on the credit history of the cardholder.

The interest rate, the filing cost, the foreclosure charges, and the late payment fee are all included in both processes. However, when it comes to EMI offers from retailers, the majority of these rates are adjusted to account for the reduction, and the results are not immediately apparent. The interest rates that are offered for EMI conversion after a transaction are typically somewhat lower or almost identical to the interest rates that are advertised on e-commerce websites for EMI financing options. 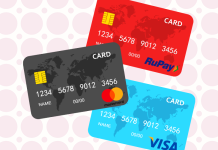 How to money transfer from a debit card? 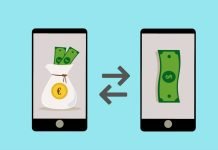 How to transfer money without an ATM Card or Net Banking?